I don't do West Hollywood. It's a big 'ole hassle of a neighborhood full of parking permits, douchey stores, and crowded clubs where I don't like the music and nobody asks me to dance. I have no reason to ever go there.


While looking for a diner in Beverly Hills one Saturday morning, we found the google maps directions woefully unhelpful at navigating the ridiculousness of the area. We gave up and headed back to the east side via Santa Monica Blvd.

#1DC Antoinette's eagle-eye noticed the sign for "Silver Spoons." Because I was speeding by in order to get back into familiar territory, I had to flip the car around to get into the parking lot. Now, a dedicated parking lot in this area of town speaks to the length of time Silver Spoons must have been around.

Sorry about the lack of a photo of the sign for Silver Spoons. For some reason, the picture I took with the digital camera didn't turn out. The sign is pretty massive and cool and I must have driven past it dozens of times and missed it somehow. Instead, here's the title shot from the classic 80s sitcom: 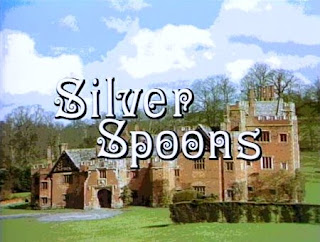 Walking up to the building, I was full of trepidation. It was boxy and uninviting, almost built like a fortress. A canopy covered what I assumed was a patio that somehow served to make the building even more closed-off--like a turtle in a shell.

Once inside, the feeling immediately washed away as the first sound we heard was the hearty laughter of a man and background smatterings of lively conversation. Turning the corner to face the counter, we saw that the laughter belonged to one of the waiters who then approached us.

He had the look of a career waiter. Not passing time while waiting for pilot season and not broken down after twenty or so pilot seasons had passed. This man clearly loved being a waiter and he showed genuine care and friendliness. 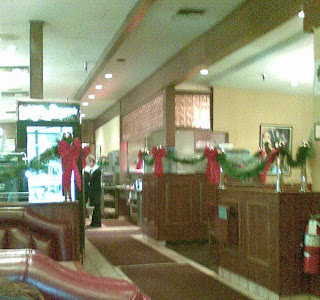 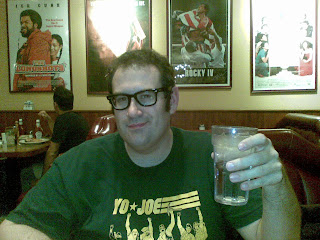 Man, I look like crap in that picture. Anyway, the walls of Silver Spoons are adorned with movie posters and head shots. Head shots are fairly common in Los Angeles, but full on posters (most of them autographed) is unique. A lot the signatures are personalized to Silver Spoons, making me think this place is even more of a Hollywood landmark than I had imagined.
If you glance over my shoulder on the left, you'll see a poster for an Ice Cube movie. Remember Ice Cube from such powerful performances as "Boys in the Hood" and "Three Kings?" Also remember Ice Cube from such films as, "Are We There Yet" and "Barbershop 2: Back in Business?" He's all over the place in terms of quality, but that poster there represents a new low for anyone. That poster is for: 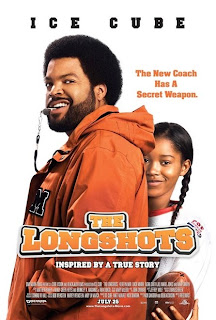 Now, too small to see on the poster is the name of the director. The director: 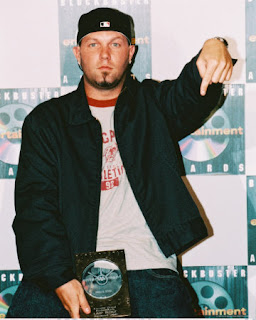 
This was the snippet of conversation we overheard going on behind us when the patrons at the table located under that poster asked the waiter about it.


Patron: Did he do the soundtrack?


Waiter: No. He directed it.


Waiter: Yes. He just finished his second movie. He comes in all the time. He's a friend. 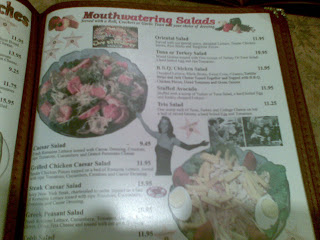 As we looked over the menu, nothing really jumped out at us. No moment of "Hmmm, that sounds interesting." Silver Spoons offers very standard fare--nothing you couldn't get at Astro Family Restaurant or a Spires or any number of other similar restaurants. The prices aren't going to kill you nor are they going to save your soul. 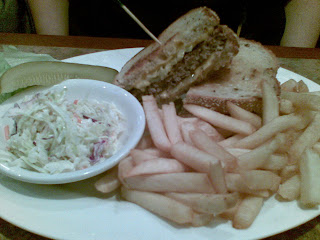 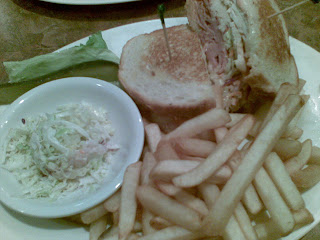 I ordered the "old fashioned sandwich," which is turkey, ham, and thousand island dressing. It was pretty good. The dressing was slathered on, but wasn't overwhelming to the point of not being able to pick up the sandwich.


Now the coleslaw; I first found it bland, but Antoinette noticed an odd flavor to it. It took me several tastes and some time, but I eventually realized that the coleslaw had the distinct flavor of old cantaloupe. It wasn't gross by any means; it was just weird.


The meal at Silver Spoons was decent. It's a nice, comfortable place with big booths, dark wood interior that makes you feel you're in a nicer place than you are, and a good staff to bolster that feeling. I'd recommend it if you are nearby and looking for American comfort food, or if you want to see some cool movie posters and maybe a celebrity. Here's a link to the "Seeing Stars" website page about the restaurant. Stalk away creepos!

UPDATE- Silver Spoons closed back in 2011 and is now a seafood restaurant.
Posted by Mike Tanner at 3:00 PM 2 comments: