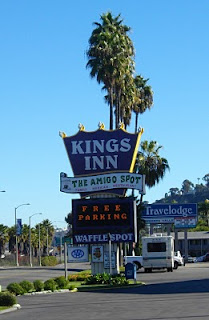 Dinerwife Antoinette and I were planning a weekend trip to San Diego. While searching for a hotel option Antoinette stumbled upon a place that had a diner IN the hotel. The Kings Inn, located in (or is it on?) Hotel Circle is home to the Waffle Spot. It's also the home to the Amigo Spot taco stand--that for some reason gets top billing. 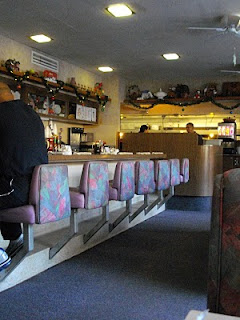 Inside, the Wafflespot is pretty typical; pastel colors, a long counter and a few booths. Typical--save for the fanciful mural that covers one of the walls depicting a medieval landscape populated by the Wafflespot cast of characters. 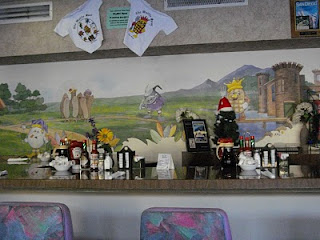 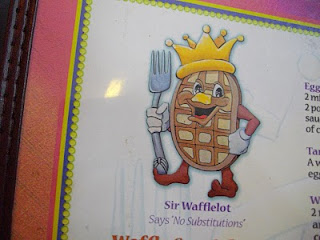 Sir Wafflelot rules this land. He's wearing a crown but still called "Sir." I think he must be more like a "Regent" than a king. He's also a hard-ass. "No substitutions" he decrees. 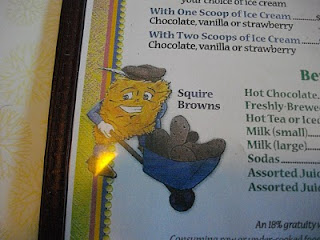 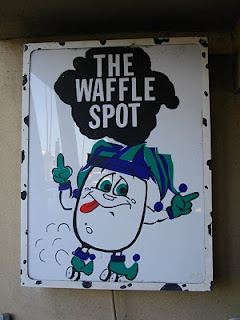 Then there's this also nervous looking roller skating egg guy. I think he's called J-egg-ster? I dunno. I made that up. He wears roller skates so I can relate to this guy. 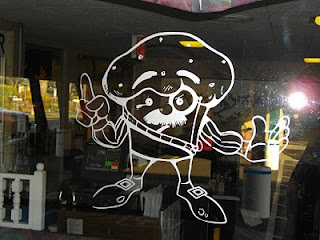 Sir Reginald Muffintop... I also made that up. 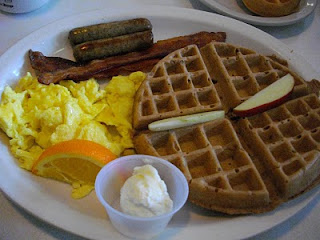 I ordered the Apple Cinnamon waffles. When it arrived it looked quite different. It had bananas. I was about to point it out when the waitress caught it. "You ordered the apple!" She then ran back to the kitchen. The waffle was okay--not as good as I had hoped. It was a little undercooked. The kitchen had clearly rushed it to get it to the table. The menu said there was supposed to be diced apples in the waffle; I didn't really notice any. The eggs were okay. The bacon was actually pretty good, while the sausage was too greasy for my taste. 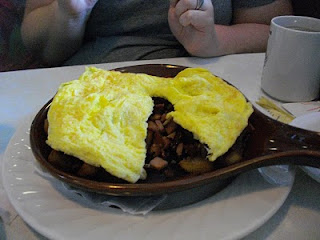 Antoinette got the Country Casserole. Two scrambled eggs on top of biscuits and gravy over a bed of home fries. It was good, but a little salty 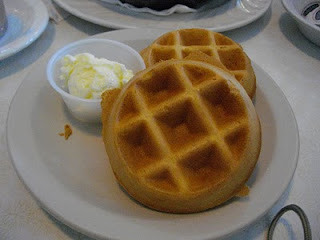 Overall, Waffle Spot wasn't nearly as good as we had hoped. Even thought it was conveniently located AT our hotel, we only ate there the one time. If you like cartoon food mascots--THIS--is the place for you. 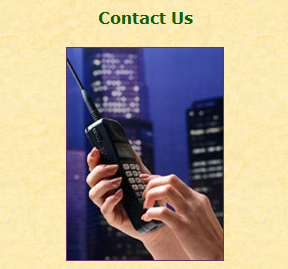 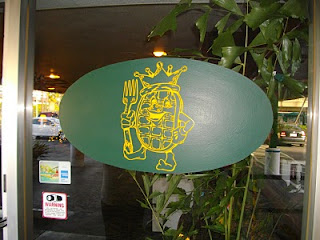