Village Coffee Shop--Over and Under

The Village Coffee Shop is located in the shadow of the Hollywood sign in the closed-circuit neighborhood of Beachwood Canyon. You actually drive through a stone archway to enter the neighborhood. It's very fancy but yet, also somehow modest. It is like an idyllic oasis with a small town feel. The residents are served by a small grocery store and the only restaurant--the Village Coffee Shop. 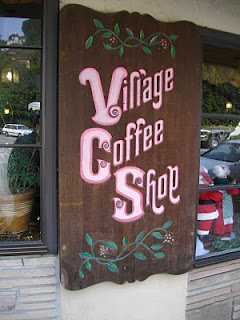 I hadn't been to Village Coffee Shop in years; it was definitely pre-Dinerwood. It was never my regular spot or anything, but I'd find myself there every few months and I don't really know why. It was never good--literally nothing there was ever good. Decent, sure, but never good. Also, it's kind of expensive. You can't forget that, for as homey as the area feels, it is still in the Hollywood Hills, and that means they can get away with charging a bit more.

After all these years, I decided to go back and drag my friends Matt and Paul with me. 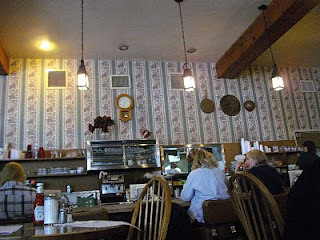 Village Coffee Shop is definitely decorated in the "Grandma's House" style. You do feel very comfortable there. It's about as un-LA a place I have ever been to. The wallpaper and decor made Paul angry. He lives in Hollywood, so I think anything that reminds him that life can be more than homeless people and parking tickets just makes him mad. 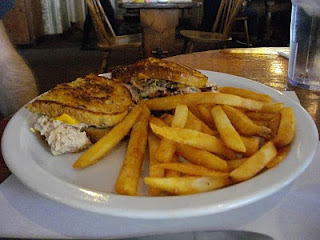 Paul had the tuna melt which was served with a slice of American cheese. It was a decent sized sandwich and had a decent amount of french fries. It was about nine bucks. 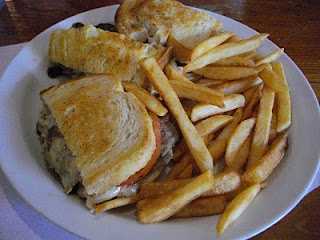 I got a beef melt with fries. For some reason my sandwich was cut into thirds. I also got nearly twice the fries that Paul did. My sandwich was a little bit more expensive than Paul's. It must have been the extra fries. 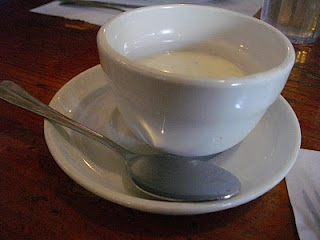 I ordered a side of ranch for my fries. It tasted watered down. I was at least hoping for a nice thick restaurant style ranch, but this was like low-fat dressing and just depressing. 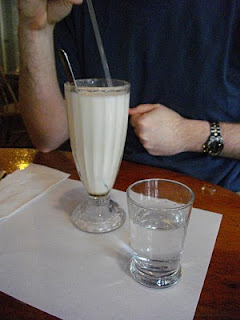 Matt ordered an egg cream (milk, chocolate syrup and soda water) because, why not? Not a lot of places serve true soda fountain drinks. This was odd because the soda water was served on the side for no apparent reason. 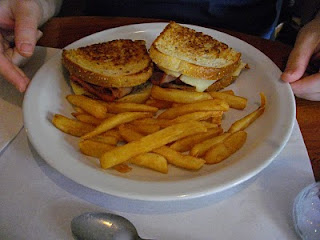 Overall, our opinion was that everything was decent but underwhelming. The french fries were cripsy on the outside but mealy on the inside. The sandwiches all tasted like what we'd make at home if we bothered to put a minimal amount of effort into it. It was also overpriced for the quality and portions. The neighborhood is what sets the prices. I think many more years will pass before I ever go back there.

When we left, Matt said "Okay, now where are we going for lunch?"