Dinerwood on the Road? Kind of? Little Green Onions in Riverside

I always imagined Riverside as being a city too far out of the way for me to ever end up going there; “The Bakersfield of the East.” I had no idea that it’s really not that far from Los Angeles. #1DinerWife had to go to Riverside for a weekend for a work event and I decided to go with her to check it out. During this weekend, I was able to try a few different diner joints which I think gave me a pretty good sense of what old school eating is like in Riverside.

The first place I went was the interestingly named place "Little Green Onions." That just sounds like an adorable place to go. After experiencing the cutesy downtown area of Riverside, I was half-expecting some tiny storefront conversion with mismatched table-clothes and a cook with a pixie haircut.

As I drove out of that cutesy downtown, I soon discovered that Riverside is rundown. Almost as if the whole of the outer rings of the city were made up of extras on "Breaking Bad." Now, don't get me wrong, I like rundown things. I'm not slighting the city for being a ****hole. I just didn't know. 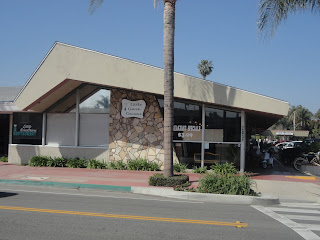 I was surprised and happy that Little Green Onions was actually in an old school googie building. 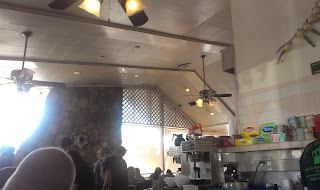 It was a hectic morning at Little Green Onions and the joint was jam-packed. There were waiting families crowding the entry and not an empty table in sight. I saw a very low counter with some open space and I took my liberty. (I don't really know what that means, but it sounded cool when I first typed it out) 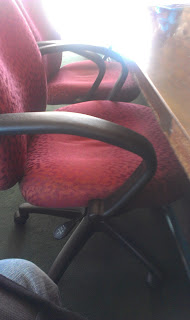 The seats at the counter...were office chairs.

I am so on board with that weirdness.

The fun part of sitting at the counter is the ability to observe the staff prepping and dancing around each other. Little Green Onions seemed far more chaotic than any other place I have had the pleasure to observe. A lot of "where's the-" and "has anyone seen?" and even a few "no, they ordered that not this."

The menu at Little Green Onions is pretty standard for a family restaurant. There was more of an emphasis on Mexican dishes, but I expected that with most of the interior decor being sombreros and maracas. Like I've talked about before; some diners really wish they were some other ethnic food, but they know they'll do better casting a wide net.

An older gentleman took the rolling office chair next to me and ordered an oatmeal. The waitress asked if he wanted it made with milk or just water. I thought that was pretty cool. Sure, I wouldn't be surprised if it was instant oatmeal, but that is a nice option to give.

I went with a nice sounding pork chop breakfast combo. 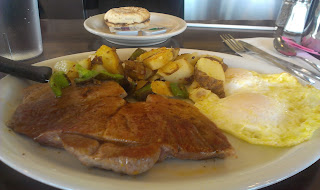 It was overall decent...except for my pork was very under-cooked. The first bite I thought "Mmm, juicy" and then in subsequent bites I realized "oh, I'm going to die."

I really wish I had liked Little Green Onions more. Rather, I wish there was more to like about Little Green Onions other than the classic building and office chairs. The yelp reviews are all over the place, but I would assume that since the place really wants to be a Mexican restaurant, that would be the way to go next time. Not that there would really be a next time for me. I don't think I'd go back there.

Food: Decent, save for the under-cooked pork.
Service: Friendly but scattered.
Price: Cheap.
Pie: I don't think so.