#1Dinerwife and I were married a few years ago at the Sportsmen's Lodge so it will always be a special place for us. The hotel recently went through a pretty substantial makeover and I was interested in checking it out. The lobby and grounds were a nice blend of 'old Hollywood' charm while the rooms were pretty standard. The remodel has kept a lot of the charm while also riffing on some mid-century colors and themes. A bit too many fake animal heads hung everywhere for my taste--sorry, no pictures of those.

But this isn't a review of the hotel.... 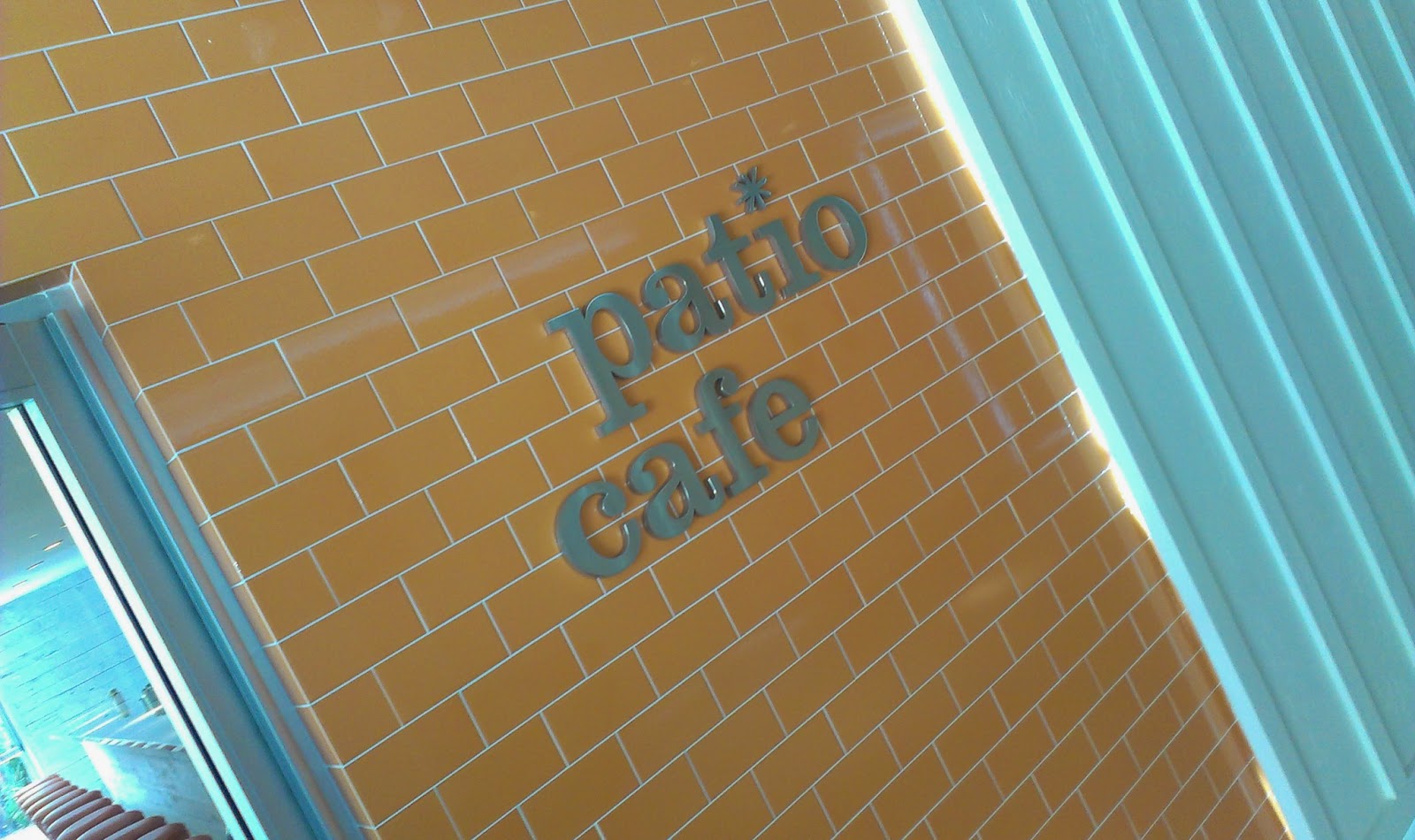 The Patio Cafe coffee shop also received a complete makeover. Previously it had been almost "country quaint" with red gingham design motifs. Now we are treated to some vibrant oranges playing off the stark white of the floors and tables. Portraits of classic Hollywood stars, like a film reel, wind their way around the cafe. 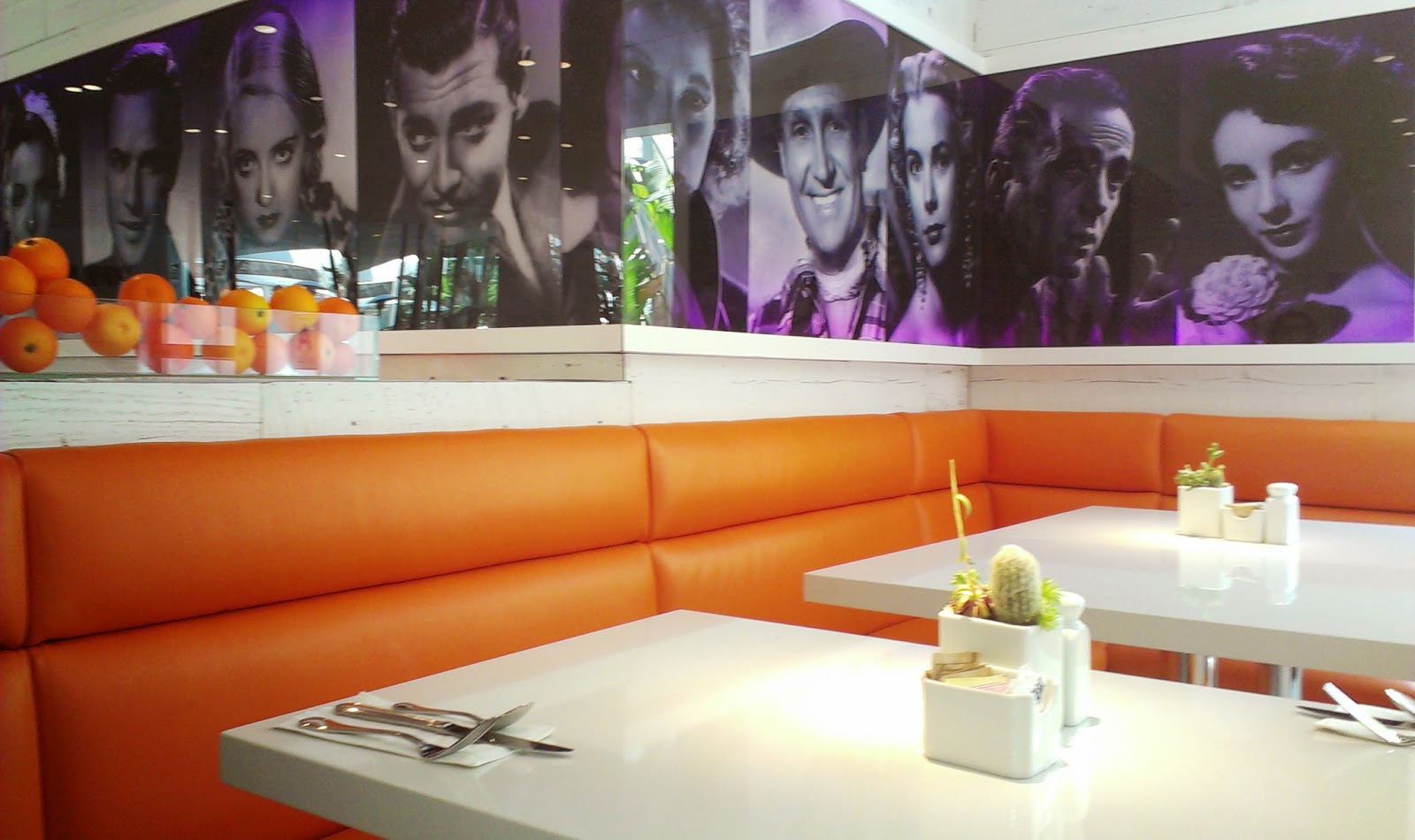 We walked in for lunch on a Sunday morning and were greeted and seated quickly. Our waiter, a nice older gentleman was by to take our drink orders within moments and then back again swiftly to take our order. Unfortunately, this would be the last time he'd be so prompt. Getting refills on our waters and my coffee proved to be difficult.

The menu for the Patio Cafe isn't large. It covers some basic breakfast fare, some sandwiches and burgers with the few requisite salads and wraps for good measure. Prices are a little higher than you'd expect, but food always is at a hotel. You're treated like a captive audience. They are counting on that you will be either too lazy or tired to travel for food. In the case of the Sportsmen's Lodge, there's probably a dozen restaurants of different type within walking distance. Our favorite is Twain's right across the street.

One interesting thing is found on the dinner menu. They have their "TV Dinners" which are all dishes named after tv shows. For example, the "Gilligan's Island" is fish and chips. The interesting bit is that they are all served with peas and carrots and a tiny dessert--just like the foil-wrapped tv dinners of old. I don't know if they actually DO serve them in metal trays... but by god, I hope so. 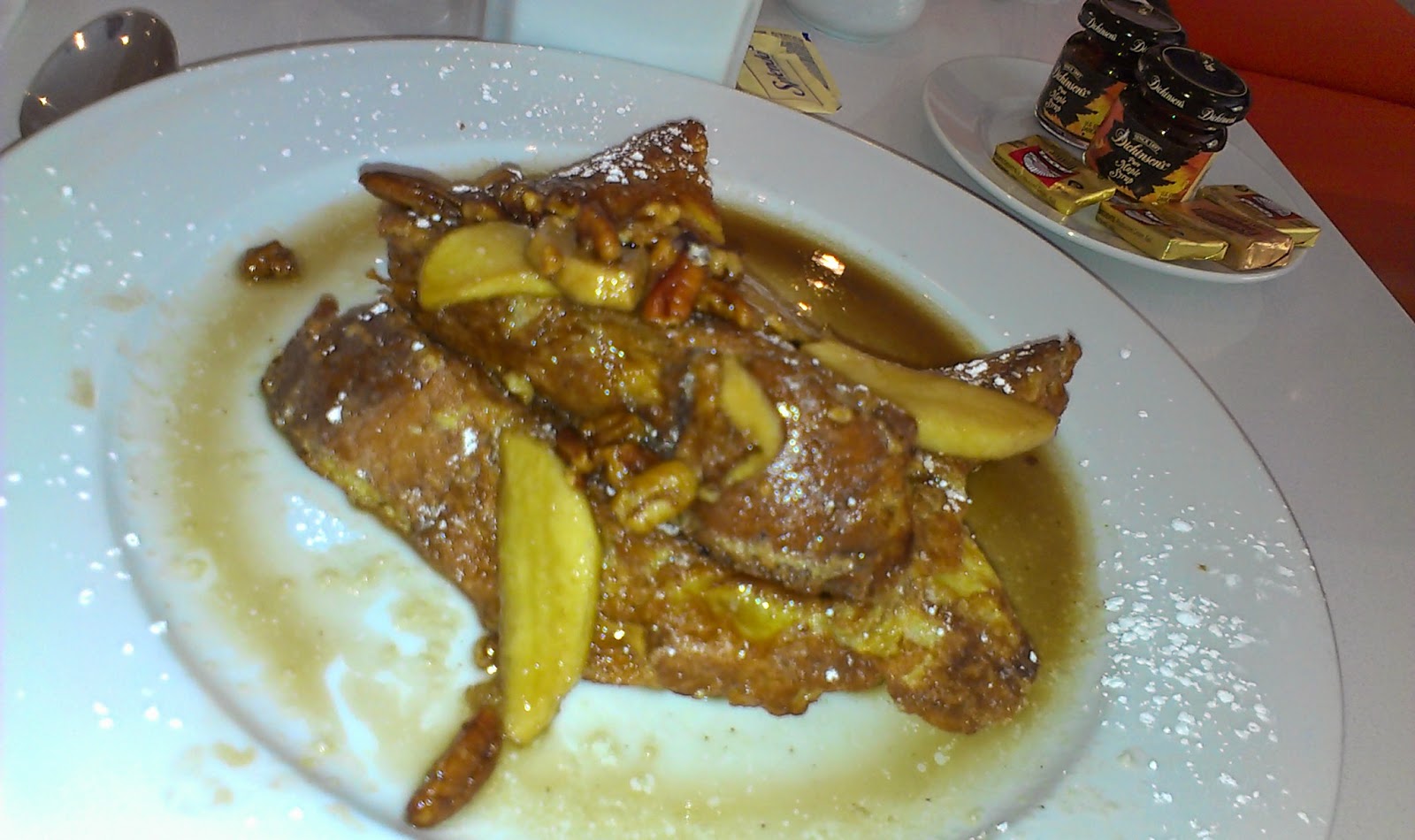 After a quick glance at the menu, I fixated on the the french toast--challah bread with sautéed apples and bourbon maple-pecan sauce. It was delicious. Probably one of the best french toasts I have had in a long time. 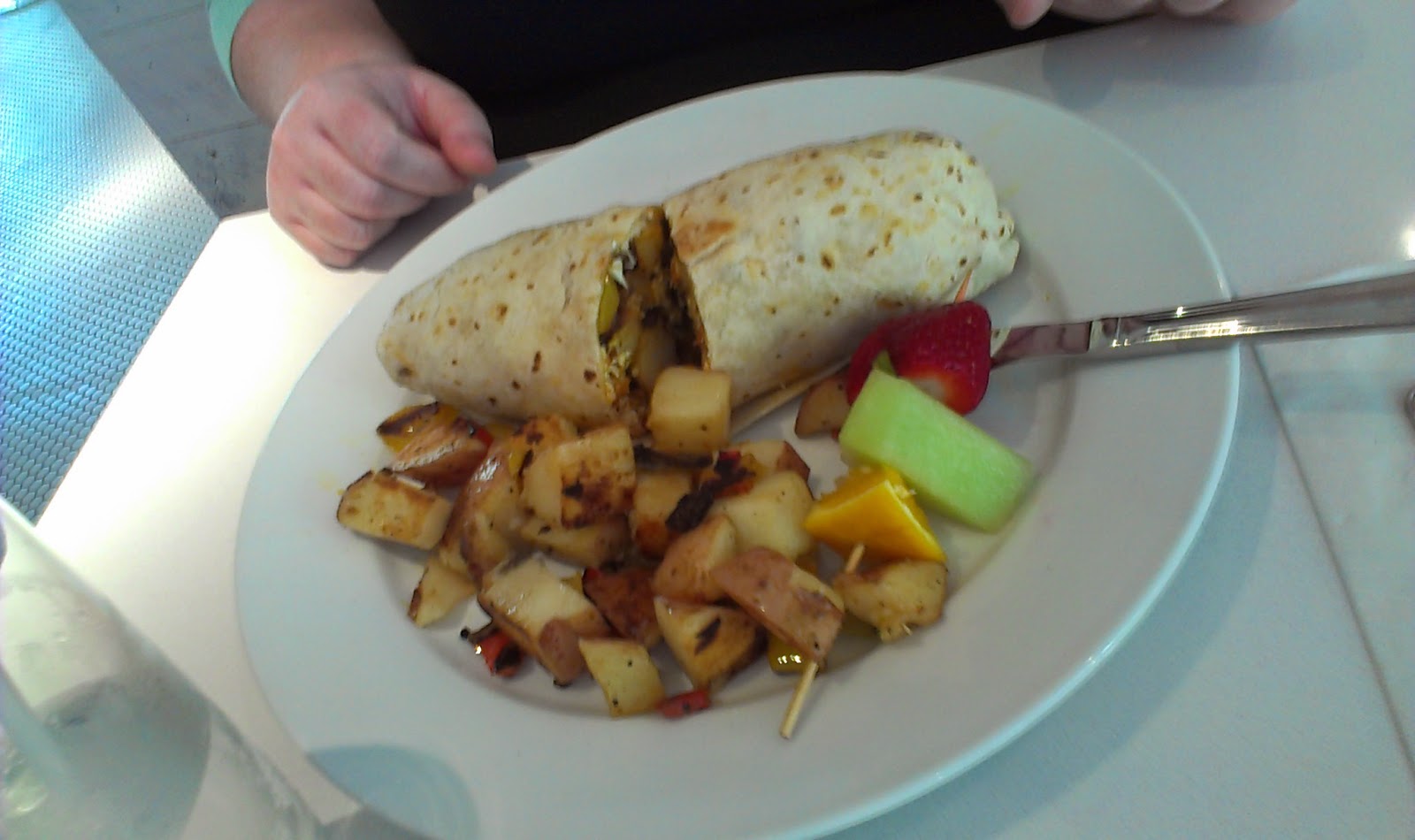 #1Dinerwife ordered The Lone Ranger-- basically a souped-up breakfast burrito. The menu promised scrambled eggs, chorizo, black beans, salsa fresca, and cotija cheese. It delivered eggs, chorizo and...potatoes. Basically a really disappointing breakfast burrito then. We would have said something to the waiter, but like I mentioned earlier... hard to get him back to us. The potatoes were also underdone, so no bueno.

The Patio Cafe certainly looks fresher and more exciting than previously. The food was a mixed bag. I don't expect anyone to make a trip to the Sportsmen's Lodge FOR the Patio Cafe, but in a pinch it will work for you. Y'know.... if you're too lazy to walk across the street.

Food: Mixed bag, but probably edging over to good.Service: Friendly but not that attentive.Price: $12-15 for most dishes.
Pie: Only cupcakes and bundt cakes.